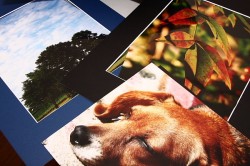 The View from Labor Day '09

Ah, yes. A holiday. This basically means I slept in (more). We haven't done a whole lot today. We did take Ally to walk around Sycamore Shoals - and she actually voluntarily jumped into the river!! So...maybe it's not the water that makes her dislike baths? It was quite hilarious...


I feel like I've been busy lately, but my calendar seems to disagree.


I've been trying to read some sociology lately. Dr. Beck, one of my favorite professors from Milligan, told me earlier in the summer when we were chatting at a Milligan picnic that if I ever wanted to sit in on any of her classes, I'd be welcome to. I responded by warning her that if she offered such an invitation, I would, in fact, show up. So ever since the semester started a couple weeks ago, I've been trying to make it to her Social Theory class on my lunch break on tuesdays and thursdays. I bring my laptop along and sit in on the discussions whilst going about my normal work - this is one of the great things about having a job like mine: I can pretty much work from anywhere I can get a 'net connection.

It has been very interesting. I've found that I miss having to think critically to understand things. While my job is very stimulating and requires a lot of creative thinking, it's far less taxing than reading Durkheim.


I got a call a while back from Sue Shanks at WAPC who asked me if I'd put up some of my pictures in Watauga's Gallery / Coffeehouse (Just Coffee) for about a month. I told her that sounded like fun, and since then I've gone through and selected about 25 of my pictures to get prints of and then mount in some mats and frames (where available/affordable). I've been getting the pictures printed as 8x10's, which necessitates some cropping since the aspect ratio of my camera's frame isn't the same as 8x10. For this and other reasons, I think some of my pictures look better on my computer screen than in the frames, but many of them look wonderful and I'm excited to have some hard copies and to get to share them. I've been working on getting them set up and thinking up interesting names for them (I like naming things). After the show, I'll probably end up giving quite a few of them away to people that want them.

The "show" officially "opens" this Friday, September 11th around 8pm 7pm at Watauga Avenue Presbyterian Church in the gallery downstairs. I'll be hanging out there most of evening. If you're reading this, you should come hang out with me, play some games, listen to some music (no salsa, I promise) and look at some pictures.


I've been playing my electric guitar quite a bit, but haven't done much with the band in the last couple of weeks.


On the gaming front, We had a very enjoyable second Mouse Guard session last night. As I've mentioned before, I'm finding that I'm needing to tweak a few rules to my liking, but overall I love the game immensely.

I've also been enjoying Patrick's Star Wars game quite a bit - last time, we found ourselves sucked into a Bonanza episode, and actually, it was quite awesome.

I've made a little more progress on my developing rp system, but I tend to go back-and-forth on a lot of things.


Sheri and I are making plans to head to AR for Ben's wedding in a couple of weeks and then, after that, we have tickets to go see the Decemberists in Asheville on the 25th!!!