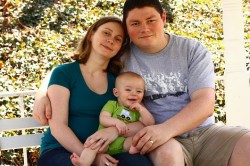 The Return of the EP

We lost our company this morning, and that was sad. Ginger, William and Liam left around 9:30 or so. They'd been hanging out with us for about the last week. We had a great time.

They arrived here last Saturday evening. On Sunday we went to the coffeehouse at WAPC and chatted with some of the native Wataugians who wanted to catch up with Ginger since she'd been gone. On Monday we had a game night at the Hippie Hut Mk. II, complete with 3 munchkins. Cash & Guns was entertaining. Thursday Patrick ran his Star Wars game and Ginger's old character got to return for a cameo appearance in it, along with William's "Bill Redshirt". Last night we met up at Mid City for dinner and came back here for a very enjoyable game night featuring Time's Up. Much fun was had. Samara came out to join us - which was cool since it had been a few years since we'd had her around - and Rucht brought Duane who was in town and is always a lot of fun to hang out with too.

So this last week was lots of fun and games. We now return to our regular existence. I have posted some pictures on the book-face.


Well, the first mowing of the front yard for the season has occurred. It was like a small forest in places. While doing that, I was listening to and enjoying an interview with Matt Vancil (writer/director of The Gamers movies) from Fear the Boot.com, which Rucht sent to me - and now I'm passing on to anyone here who might like it. I was actually sad that the Gamers II dvd didn't include any commentaries (they ran out of room on the disc), so it was cool to get to hear Matt talk some about it. Also, he and the guys that do Fear the Boot have philosophies on gaming/roleplaying very similar to mine, and I enjoyed their articulation of some of those ideas.

Working backward toward the last blog, we had a game night over at our friend Casey's place a few weeks ago wherein we got to play another great Days of Wonder game called Small World. Tim was in town for that, and it's always good to get to hang out with him. Also, we had another awesome Mouse Guard session (which has been posted on Gaming page) on the 19th. We left off in the middle of some action & hopefully we'll get to continue that one soon.

In slightly related news, I recently spent about a week designing a new table-top rpg. It's considerably different than any other rpg I've ever played. I think it will be a lot of fun. I'll probably post some stuff about it on the Gaming page at some point, but I don't want to talk about it in any specifics yet. I intend to "spring it" on a group of players as a one-shot without any prior disclosure or explanation - I think that approach will suit this game and its setting quite well. I'll probably be trying to put that together soon.

In other gaming news, my World of Darkness game has enough foundation to get it started whenever we choose to bring it up, so I've shelved it until I have an opportunity to work it in - which may be a while. Still very interested in it though.


Now that the weather has been warming up, I've been thinking a bit more about photography again - pulling out my camera more often and looking at the lenses I wanna pick up at some point. I'll probably end up buying the really expensive one next - but that might not be for some time. I had a great time taking a *lot* of pictures of Liam this week - most of that album may be him, with other people thrown in.


Work is going alright. Business is quite good, all things considered. I'm still/again working on some systems for the next version of our model. It also looks like we're going up to OH for a "business trip" later this month. Yay rah. It'll be good to see Kedrick, Addie, little Jack and my other coworkers, but other aspects of the trip are much, much less exciting. Oh well.