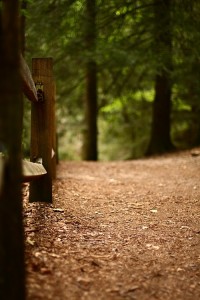 Ok, so the photo gallery is back up and running - to an extent.  I actually have plans to make the photo page a bit more robust, but I haven't felt "into" working on it that much lately and I'm tired of seeing the "returning soon..." on the page.

I've included a 2010 Portfolio on the new page, as much because the page looks much better with 3 entries than with only two than anything else.  I think there are some good shots in there, but, sadly, I haven't had as many days of dedicated shooting this year.  I'm hoping to take advantage of one of these nice fall days to do some before it gets cold...   ...we'll see if I'm motivated to actually do that or not.  It's not that I don't want to do it, it's more that I've just been...uninspired.

Speaking of being uninspired, the job search continues to be frustrating.  There just aren't enough opportunities in the area.  I've found multiple hits in various locations an average distance of 4 or 5 hours away that are pretty much exactly what I do (and I've even sent an inquiry email to a company in knoxville, about 2 hours away), but there's just not that much around here - at least, not at the moment.  Also, the things that *are* around here that are "kind of" in my line don't seem to be panning out so much.  Erg.

On more fun things - because that's what I like to talk about on this blog:

Well, I mentioned that I haven't done much photography lately and I haven't felt like working on the website, so...what does that leave? *looks at menu bar*

Robb & I have been jamming with Josh and Bill some more.  This has been lots of fun.  We've been working on the same 5 cover songs (Plea from a Cat Named Virtue by the Weakerthans, Creep by Radiohead, Jenny Says by Cowboy Mouth and Burn and Stupid Kid by the Alkaline Trio) - trying to get them nice and smooth before we branch out some more.  Some of them are more solid than others, but we're having fun.  Also, we did a rather spontenous arrangement of The Melting Point of Wax (by Thrice) during last session, and that ruled.  I really want to play some version of that song, but Thrice's drummer is...insane...and Bill doesn't think he's up to it.

My Sandstorm and London 1802 games have both been going really well.  I think both have a great story unfolding and interesting characters.  Also, both have an ending in mind.  This is an oddity for me - I generally just let games go until whenever.  I don't know exactly how it's going to go down or how the parties are going to get there, but I know where the story is heading, and I know where the climax is.  I also know what will happen if the party goes completely into left field.  I'm really enjoying these games, but oddly, I'm looking forward to the ending of the stories.  It's kind of the same way you look forward to the end of a good book or movie - you want to see exactly how it ends.  This time, I know it *has* an ending.

I'm also enjoying Rucht's Rogue Trader game, though I still feel a bit off-balance in the 40k universe.  I'm a little torn this aspect - sometimes I think I really like it, sometimes I think it's not my thing.  I think my big issue is simply the weight of too much canon - it feels restricting.  I tend to like settings which the GM - and also the players - affect not only what's happeneing in the setting, but also what the setting is like.  When I run games in a given setting (almost always one of my own creation), I tend to adjust the feel and flavor of the setting based on what I think the players are enjoying the most.  This just isn't something you can easily do if you care about staying "faithful" to a published setting.

I'd like to give Patrick's Star Wars game a nod as well, though I haven't quite been "feeling" it of late.  I think most of this is my fault.  One of the cool things about this game from my perspective is that my character has actually changed considerably over the course of play.  I'm not sure if it's obvious to the other players, but it's very apparent to me.  Unfortunately, one of the effects of this change is that he has become much more introverted and reflective, which is making roleplaying with the other players less frequent than I'd like.  I'm considering how I might nudge the character out of his shell so that he's more fun to play without breaking verisimilitude.  Also, there are a couple of annoyances in this game, but again, it's my hangup.

As always, I have multiple games in the works, on a variety of levels.  I have 3-ring binders for each of my games' notes, but I have one entire tabbed binder that is nothing but sideprojects.

I've mentioned my Savage 3025 idea before, and I've continued to refine parts of it.  I was actually talking a bit about this game with Matt over the weekend, which was cool.  I think he's the only other guy I know that has any knowledge or interest in the Battletech universe.  He also seemed interested in playing in the game whenever I get around to running it, which I think would pretty awesome.  As the date suggests to the initiated, this will be a Succession Wars era campaign, and is meant to follow a lance (a reason I want exactly 4 players) in the service of one of the Great Houses.  Despite the fact that most of my "work" on this system has been on the 'mech combat rules, I expect characters to spend as much or more time out of their 'mechs.  This is another reason why I wanted to use a mod of Savage Worlds: so that I could have a consistent system for roleplaying scenarios on both scales.  This definitely won't be a strictly combat/tactical game - the politics and roleplaying interactions surrounding any actual conflicts will be more important than the battles themselves.

Another idea I've been working on lately - and this is something I've been kicking around for a few years - is a game based around the cosmology of Myst.  This has probably resurged as a sideproject as I've just finished playing through Riven and have started Exile.  Still, the rpg I have in mind really won't have much in common with the games, which are primarily puzzlers, neither will it pay any attention to canon.  Rather, I simply wish to take the feel of the universe of Myst - microcosmic "Ages" created through and connected by Linking Books, which are crafted through a specific arcane art of Authoring - and plug in more traditional aspects of a tabletop rpg.  One of the many things I think could be really cool about this sort of game is that I'd like for the players to, at some point, begin to actually write their own Ages to explore and play in - and I have many ideas on how this could be accomplished and manifest.  I'm unfamiliar with any other game where the players can (literally) write their own settings into the universe, and this idea greatly intrigues me - enough that this is probably the project I'm most interested in at the moment.

I've also written a few pages of notes on a western game I'm calling "In the Cards".  Basically, I decided that in order to properly capture the feel of a western themed game, the mechanics should be a bit more approrpriate.  Basically, the game takes place around poker hands.  Normal tasks would be resolved via a "high card" - the player plays a card from his/her hand against the GM's draw from the deck (results "modified" by options available to players skilled in the task in question, etc).  More dramatic scenes, such as shoot-outs or heated arguments, would be played out as a slightly tweaked hand of poker - wherein each involved player invests him/herself in the scene, performing simple draw actions, and continually "upping the ante" until some dramatic moment "calls" the hand, and the final results of the conflict are evaluated based on the winner.  I also have some additional ideas on how players can hedge their bets - such as the idea of having cards "up the sleeve", which they can pull out in appropriate circumstances.

Bot has been put on the back-burner for the time being.  I will mention that it got positive reviews at Gamesplosion and I think it has a lot of potential, but I'm still thinking over some streamlining and I'm having some trouble coming up with stories to tell in such an eccentric world.  I know they're there, I'd just need to get my brain into that mode.