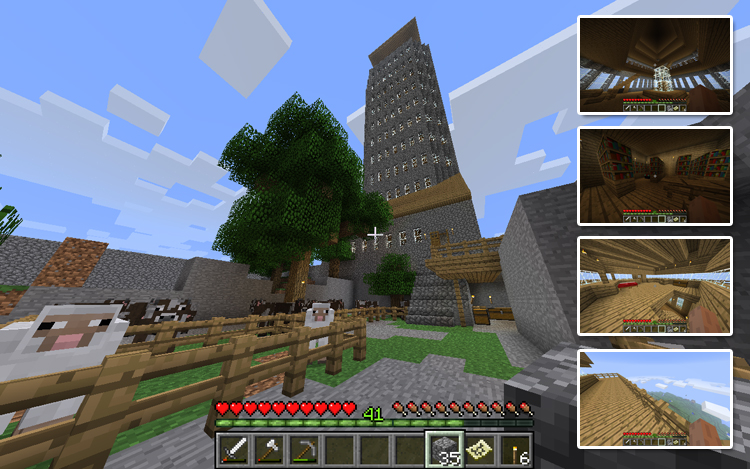 Whenever there's a gap in the blog, it usually means i've been working on the site in the background - this time trying to get some inspiration for a new look and trying to perfect a little back-end purity of style.

We got back from our trip to AR for christmas early yesterday morning.  Both ways we opted to drive over night so that Hannah could sleep - which she basically did.  I think it went as good as it could have, though yesterday I felt a bit like i "over did it".  Feeling a bit better today.

I also enjoyed doing basically nothing for a week+ - not really having anywhere to go or anything I had to be doing.

Basically, I hung out and played video games on my laptop while Sheri and her mom watched TV and did card-making stuff.  Of course, we had our christmas festivities as well, and everyone enjoyed playing with Hannah - she was the entertainment, as usual.

I mostly played two games.  The first was Seiken Densetsu 3, a japanese sequel to the Secret of Mana (which is one of my all-time favorite games).  It many ways it is considerably wider and deeper than SOM.  The story is a bit more involved, there are more characters (and you get to choose who makes up your party), and the rpg mechanics are more sophisticated.  I actually started the game with two sets of characters as was playing through the first part of the game in tandem, noting differences in dialog and such, though most events unfold the same way.

And then I got back into Minecraft.  That was the last thing I remember.

I like to build massive structures in Survival mode.  I built a huge tower (it breaks the cloud layer by about 4 floors) with many floors with varied interiors (bedrooms, balconies, a library, common rooms, etc).  Outside there's a workshop, pens for cows, sheep and chickens, crops of wheat and sugar cane and a cultivated oak grove.  I've also mined down to bedrock, found some gold and diamonds and created/harvested some obsidian.  Currently working on a courtyard wall.  I have no idea how long I spent on all of this, but I assume it was a fairly high percentage of every waking hour.

It was actually really nice to do a lot of nothing.