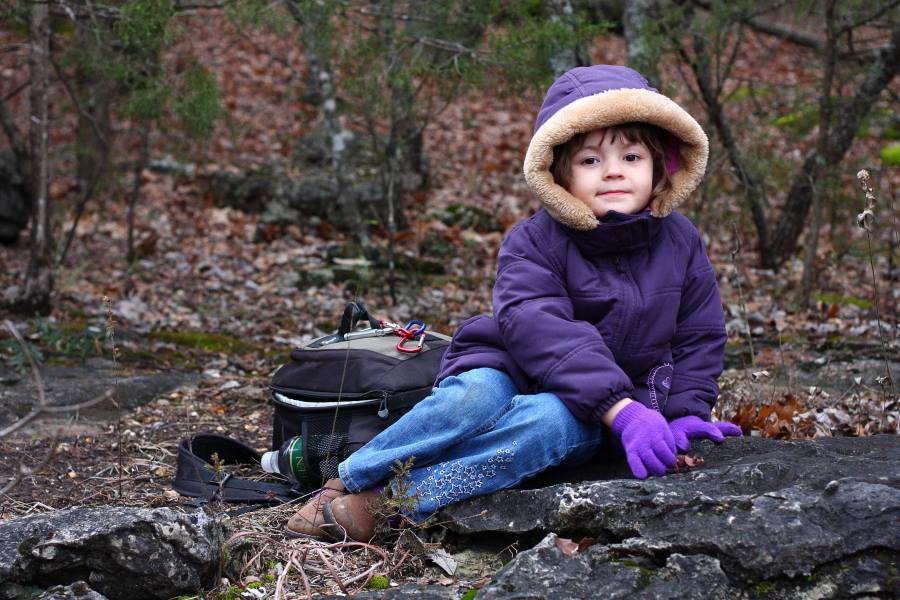 As The Year Ends

Hannah, waiting for me to re-hide a nearby cache.

Had a great trip to AR last week, though I still haven't recovered.  Was good to see Sheri's folks over the holiday.

Got to go caching a couple of times while out that way; that was pretty awesome, too.  I've now been all over the parks around Bull Shoals, AR.  Was cold and somewhat wet, but I was 11 for 11.  Hannah and I went on a short trip in Branson, MO, too.

Didn't play *quite* as much minecraft over the break this time around.

Sheri got me the Numenera core book for Christmas, and I've been reading through it.  I think it might be the system/setting where I finally actually do something with my ideas for a Myst-like game.  Got some other cool stuff, too - some old movies I wanted, a penguin hat and 7 Wonders to name a few.

Went up to IN over Thanksgiving (just realized I haven't posted anything since then), and that was a good time, too.  Got to see family, and dad & I had a great time out caching again this year.

So I guess I'm 35 now.  Had a birthday back in there somewhere (probably on the 18th - that's when it usually is).  Adam gave me a pretty sweet geocaching shirt, and Sheri got me a walking stick, a headband/ear-cover and some other caching stuff.  Hannah gave me a new set of dice.  Also, "birthday crackles" is a great tradition.

Our D&D game continues to go strong, though I've been working on at least 3 other games here and there as well.  Steve - our remote player - had to drop out due to work-related busyness, unfortunately.  I like how I'm running this game in particular, though the layers of causality get a bit dizzying at times.  That's not a bad thing, though.

Talk of RuchtCon V has begun as well.  I decided a while back I was going to run a game of Retrograde (FATE Core) this year.

A Tune In My Head

I'm hoping to do something with music in the coming year.  I've been kicking around some ideas for a while now, but I haven't yet made time to really flesh any of them out.  That, and my "space" in the office is in...disarray...to say the least.

Pffft. Man, I owe you so many favors, you've got no "obligations" to me. Anyway, I've always thought gift-giving would be much more fun if it was a bit less...codified. Oh, I did forget to mention in the post that Hannah actually *found* a couple of the caches when we were out. I pointed her to the pile of rocks, but she actually saw it first. :)