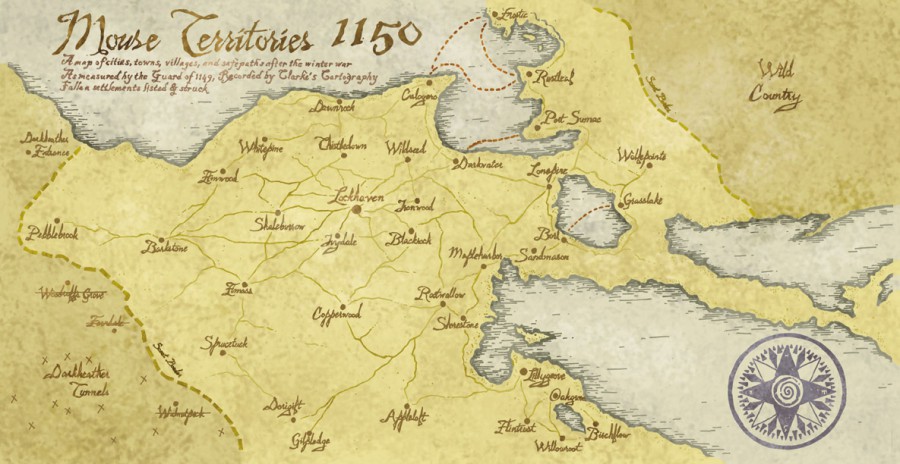 Another Look at the Same Mouse Territories

Sheri got me the second edition Mouse Guard RPG book for Christmas, though I decided to return it - for two reasons.  One reason (the main one), is that it had a binding flaw where a section of pages toward the end actually wasn't attached to the book.  The reason I won't be re-ordering the book, however, is that it isn't much of an "upgrade" from the original edition.  It does contain a bunch of new, cool artwork - but that alone doesn't carry it for me.  It has clarified a few things that might have been ambiguous, but the only thing it really seems to be significantly altered is how Wises work.  I like the update, but it wasn't something I had a gripe with before, and I could probably sum up the change in a few sentences.

I, personally, was kind of hoping they would more fundamentally alter the system (I really don't like the "turns"/"checks" system), but that doesn't seem to be the direction they want to head - which is fair enough.  I personally apply quite a few house rules to the game as-written, but that's just to suit my tastes

What I'd really like to see is a detailed Mouse Guard rpg setting book - something full of tons of places, entities, and potential plot hooks.  David Petersen told me via Twitter that this sort of thing is on his long-term plan.  I responded by saying I would buy that thing in a heartbeat.

I still seriously love Mouse Guard - the comics as well as the RPG - and really want to run a Territories campaign one of these days (my queue of games to run is getting...lengthy).  It is a fantastic setting and concept, neatly uniting grit and charm in a way I wouldn't have thought possible.  If you, too, are fascinated by mice with swords, totally pick up the current edition of the game.