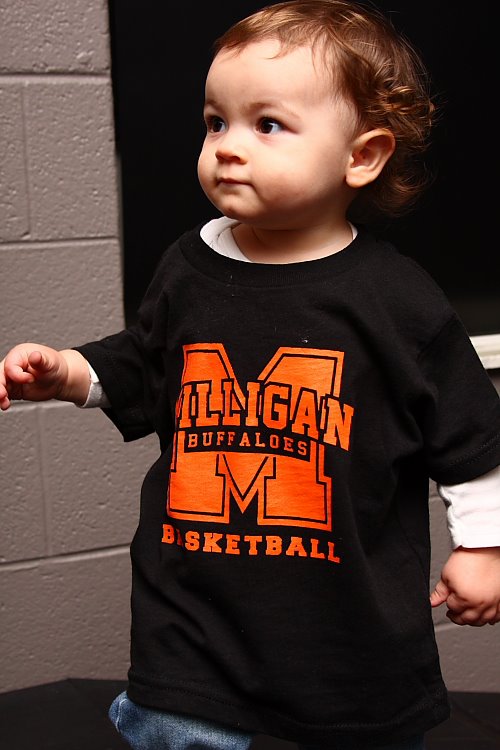 Hannah at the '02 class reception

So Milligan's 2012 Homecoming weekend was a few weeks ago.  This also happened to be my 10th-year class reuinion, which seems bizarre.  I think the reason time seems to go so much faster as you get older is because you get insanely busy and your perception slows down to compensate for the barrage of information.  If I had as much boredom/free-time as I did when I was five, I'm sure a year would still seem like forever.  As it is, I think I've caught site of bits and pieces of 2012 as it has flown by at a rate well above any reasonable speed limit.

Homecoming itself was enjoyable.  I got to see some old classmates I have peripheral contact with via the book face, which was cool.  Also, we got to see some really good friends who, unfortunately, live way too far away.  Amber and her family came to stay with us for the weekend, which was a lot of fun.  Hannah had a great time playing with her boys, and they loved her too.  Also, Amber made an awesome doll for Hannah.  We also got to see Ginger again.  We didn't get to spend as much time with her, but it was great to hang out for even a little while.  We did all go out to dinner at Mid City on saturday night, and that rather massive gathering was awesome.

Scheduling Time For Nothing

I met Robb out at the Acoustic Coffeehouse last night for no particular reason - which is to say, just to hang out and talk about whatever was on our minds.  Ironically, a good chunk of what was on our minds was the fact that we don't get together to just hang out very often.  Yeah, it's a little mobius.  We decided we may have reached a point where being social requires a little more forethought, and some of us aren't exactly "planners".

Last weekend I changed the oil in the jeep (and the car).  Thrilling, I know, but I'm proud of me.  My parents were also in town a couple weeks ago, and my dad helped me fix the power steering fluid leak I've been tolerating for a while now.  So the Jeep's happy.  And the car...well...it's still going.  It's a bit past retirement age, but, unfortunately, we haven't yet found a likely replacement. 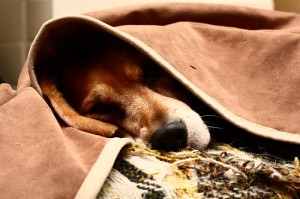 I was kind of hoping to have a bit more to report the next time I keyed and entry in here, but it's been a minute and things aren't progressing fast enough to suite me.

Mostly what I'm referring to is the job search.  I've had a couple of very promising interviews, but I haven't heard anything definite from either of them.  I have a third tomorrow so we'll see where that goes.

The holidays were fun.  It was good to get to spend time with family.  Sheri's parents and her aunt stayed with us for about a week and then my parents came down for the weekend.  We also got to see Jerry, Amanda, Stacey and Tracy - and that's always a good time.  Stacey and Tracy are going to be overseas for a few years so we wanted to make sure we could spend a little time with them, and Jerry & Amanda (+Pickle) are always fun.

Gaming continues as it must.  General fun times.  A little behind on the session write-ups (as usual).  Working on some projects (also, as usual).  We've started talking about RuchtCon II.  Had a pretty sweet character/player exit in last night's game.  Cool things happen.

The Jeep is having issues which I'm about to (hopefully) go get fixed.  Battery not charging correctly/consistently - probably the alternator.  EDIT: Jeep fixed; alternator replaced.

More details may or may not follow on some or all of the above.

Well, it's been a little while since I've made an entry here, so...

There's not a whole lot to say really, except that I'm about done with two things.

The first being the car problems we keep having. We have decided to go ahead and fix sheri's car - even though it's probably not worth it - just because we can't afford to be without another car right now. We have decided that we need to start looking for something else though. Hopefully something we have to worry about less.

The second thing I'm 'about done' with is my health - or lack thereof. For the last couple weeks now I've been pretty congested and occassionally quite sick. At least thus far I haven't had to cancel anything because of it.

In other news, the hall and the bathroom are almost finished in terms of painting. We've also got some nifty bathroom fixtures (things like towel bars and toilet paper holders) to put up when we're done. That, however, has also been put on hold as the paint fumes certainly won't help my illnesses and may well be part of my problem.

A mere 19 hours after its ignition switch broke in the lowes parking lot, my jeep was up and running again - thanks to my jeep manual, a local junk yard, some special tools and the tremendous driving efforts of our friend ginger.

So, once again, we have a car to drive. Sheri's is still in the shop, awaiting some diagnosis.

Despite the jeep's crisis, we still had our game on saturday (a bit late). It was a good session.

Today we didn't have to stay in erwin. Instead, we came back here and put the first coat of paint on the hallway. It's looking pretty darn good.

After the painting, we did NOT watch the superbowl. Seems none of us care much about it. Imagine that.

Instead, we had some nachos with cheese/meat/tomato dip (recipe ala kevin) for dinner and played some serious mario kart. We have proven that Sheri makes the meanest yoshi ever.

Revenge of the Autos 2

This seems to be a bad time for automobiles. At least 5 cars of friends and/or relatives of mine are currently functionless - two of which are mine and Sheri's cars.

Sheri's car broke down a couple weeks ago with a bad cylinder. We're currently waiting on the shop to replace the lifter to see if that fixes it.

Last night after we bought some paint at Lowes, we came out and the ignition switch in my jeep broke. I think it's some sort of mechanical failure. I've checked the manual and by all accounts this is an easy repair if you can get the part. I've got a line on two local junk yards that have one. I'm going to try to fix this one myself. If I pull it off, I'll be darn proud of myself. If I don't, I'll have to have the darn thing towed out to Milligan Auto.

This also leaves us completely car-less in the meantime. Grr.

This made for a rather irritating bump in last night's plans, but that'll happen. Luckily, Ginger came to our rescue and we all went out to dinner and to a bookstore and to the wapc coffeehouse - mostly to keep us from being too upset by our misfortune.

Well, Ginger's on her way over here and then we're gonna head out to see what we can see. If everything goes beautifully, we'll all be back here in time for today's game - with working jeep.

On friday afternoon, for the first time ever, I did something to fix a car: That is, i replaced the ignition module on sheri's car. Myself. Considering I know only slightly more about cars than i know about nueclear physics, i'm darn proud of this.

On saturday we had a pretty good gaming session. Not killing the party == pretty good. After the game, some people left, some people stayed, some people showed up. We had an interesting conversation involving everything from comedy shows to politics to psychology. Afterward, sheri and i made a midnight run to walmart for sweet potatoes.

Sunday was Easter. We went to ginger's house for lunch. We == me, sheri, tony, eric and justin. We ate lots of fried chicken and played some ninja burger, but eventually ginger got tired and my allergies were acting all crazy, so the party disbanded a bit earlier than it otherwise might have.

Later sunday evening, ginger and justin came over and the four of us played a couple games of Age of Empires 2 - world conquering at its finest. Its pretty cool that i have friends who can bring laptops over and lan game on a whim.

There were some other things i wanted to include in this blog, but i don't remember what they were. They were probably some funny quotes or something. Alas.

they came in on saturday afternoon and stayed till this evening. We took apart the jeep, watched some movies, hiked to Laurel Falls, and put the jeep back together again - in that order. We also got to go to Cootie Browns and the Crazy Tomato.

My jeep is all fixed up now - for the first time in a few months. Aside from being banged up a little from the accident i had a few months ago, it had the worst radiator problem my dad has ever seen - and, since my dad has seen pretty much everything to do with cars, that's saying something. Anyway, I can actually go places now! yay! (not that i...uh...have any place to go...)

It could be that the title of this post means that i automatically get irritated in certain situations. It could also be that those situations are the ones that involve automobiles.

I seem to be having some bad luck with respect motor vehicles lately. A couple weeks ago I got into a bit of a fender-bender when everyone on the interstate decided to slam on their brakes (most likely because the people at the bottom of the upcoming exit lacked knowledge of the concept of 'merging' - a deficiency that seems to be particularly common in TN) and now, as of last night, someone scraped up the side of my jeep in our apartment's parking lot and didn't bother to leave any sort of note or anything. (this makes the second such incident that i know of in our parking lot) This bent my right mirror out of position and left white paint scrapes on my wheel-wells. It looks like whoever it was just scraped the entire side of the jeep. I can only assume they didn't care because it would take a special kind of stupid to scrape that much and not notice. Grr.