As of today, we're on the the 12th incarnation of Penguinsushi.com over the course of the last decade.  As always, I think the designs get a little better each time.

This version is very simple (and I haven't added all of the features to it quite yet), but I think it has a very nice feel.  This is also the first version of the site to be truly responsive, so hopefully it renders well on mobile devices. 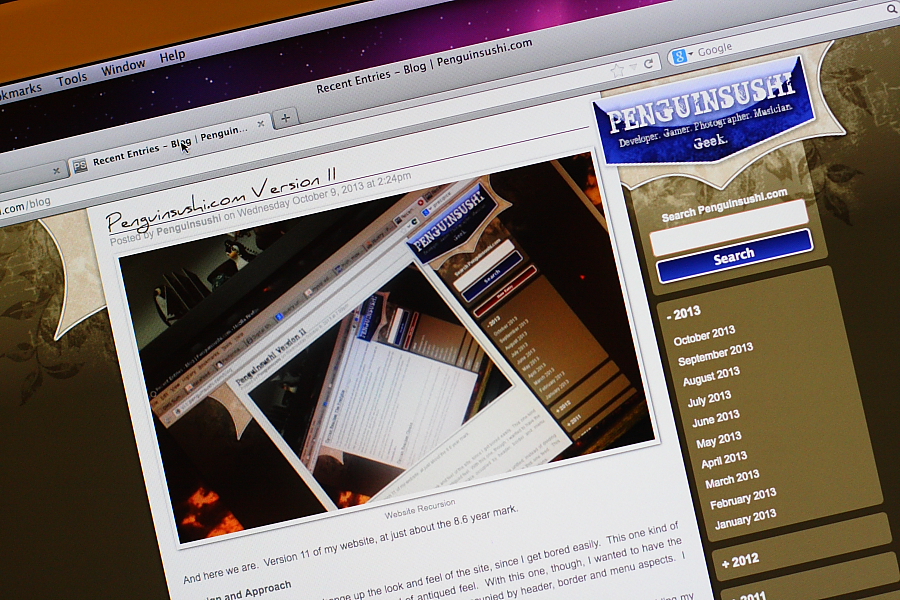 Once again, I've decided to change up the look and feel of the site, since I get bored easily.  This one kind of harkens back to version 9 - with a kind of antiqued feel.  With this one, though, I wanted to have the content much more front-and-center, minimizing the space occupied by header, border and menu aspects.  I do think the designs have continued to improve.

The biggest difference in terms of interface is that the new site is much more unified: instead of dividing my site into different pages, I decided that I would just have everything posted in this one feed.  This approach really fits the way I've been using the site recently better than the previous incarnations.

The backend of this version is much the same as version 10, with some minor tweaks.  In the same way that the front end is unified, the backend has also be redesigned with commonalities in mind: each content object on the site (entries, comments, quotes, etc) is now considered an "article", which may or may not have children or associated assets (images, files, etc.).

A few things have fallen off of the site with this version, but I'm not sure that's a problem.  The galleries were, at this point, basically redundant with the bookface.  The gaming resources are also missing, but I'm not sure how much they were used.  The music page is also gone but, despite the fact that I've spent quite a bit of time and effort working on that kind of stuff, I really haven't produced much lately.  Any of these things that turn out to be missed will be re-posted as new articles on this version as desired.  As I alluded to above, I have expanded the capabilities of what can be attached to an article/blog for this purpose.

Edit: Oh, and "The List" is still around, I just decided our random quotes would make a good footnote. ;)

Edit #2: Also, I'm a little proud of the nested website photo I have posted here. 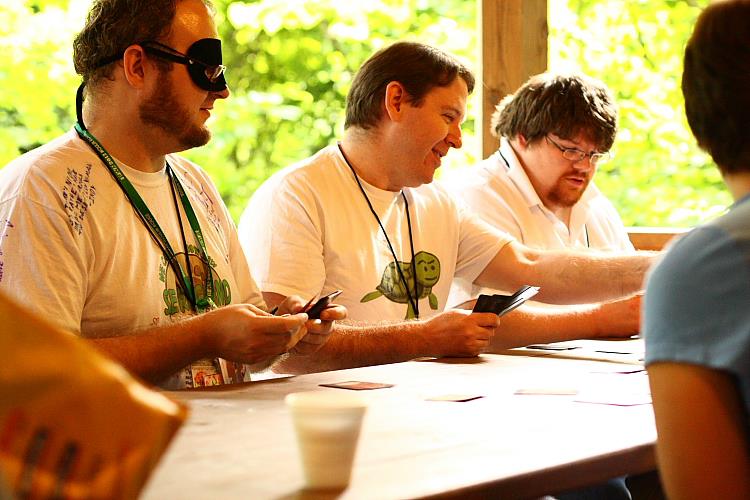 I haven't been on here much lately, have I?  I have found that, generally speaking, when I'm working on a new site design, I tend to begin neglecting the current incarnation - even though I'm going to migrate everything to the new layout (so it's not as if anything would be "lost" or "wasted"). I'm not 100% sure why this is, but I suspect it comes from my subconscious desire to finalize framework and structure before I bother with such dressings as "content"...   ...even if that's the point.  I'm making a conscious effort to supercede this tendency now.

So, about a month and a half ago, Trogland 7 happened.  As I mentioned before, this was our first year trying to be completely organized on the front-end instead of just "winging it" based on what feels right at the time.  I think we were 90% successful.  The registration site did it's job, funds were collected and adequate, and I think it was less stressful all-around for most people - perhaps myself excluded.

The meetup itself was, as always, a lot of fun.  I ran two games and, as is now expected, spent most of saturday taking photos of the event.

The first game I ran was something I dubbed "Gaslamp Vanguard", and was a steampunk-inspirted indiana-jones style adventure game using the new Fate Core rules set.  I really liked Fate when I played it in Dresden, and the still more free-form approach this new publication puts out is even better for someone like me who likes to "tweak" rules/systems/settings.  The game itself was a lot of fun, and I think everyone enjoyed themselves.  The scenario was actually the second game I've fun based on a young adult book called "The Door in the Dragon's Throat" - because I think the premise therein is awesome as an rpg.

The other game I ran was a sequel to last year's wildely successful Little Fears game (once again, using my modified "v1.5" rules) - by popular demand.  I don't think it was quite the homerun of last year's (at least, I didn't actually scare people), but it was a different part of the story, and I think it was still a great game.  This session was less about the tension and fear, and more about realization and deciding on action.  It still had some pretty creepy moments though.  I plan the "end of the trilogy" next summer, which will probably involve the "party" diving headlong into Faerie. 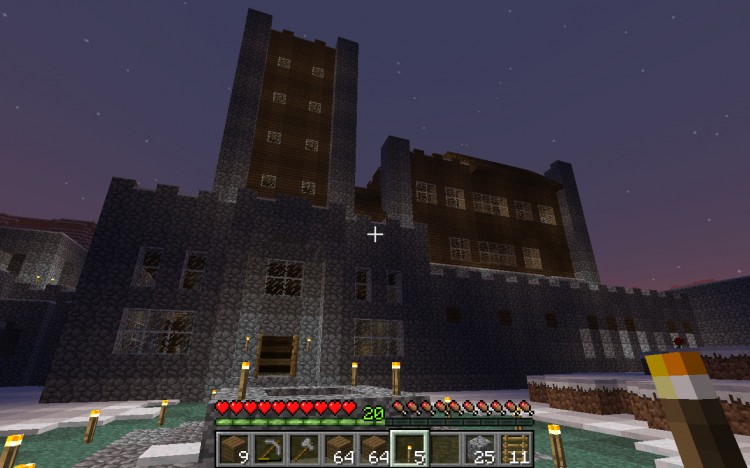 Have I mentioned how much I love the php framework I created for this site?  I've actually used it (or parts of it) to make a couple of other (quasi-)sites, and it continues to be awesome.  I am once again contemplating some future aesthetic changes to penguinsushi.com and, for the first time, I intend to leave the guts of the site completely as-is.  I'm sure at some point I'll figure out why it's terrible, but as of right now, it's the coolest thing I've ever used.

On a related note, I've created a new subpage to my site here, accessible at penguinsushi.com/encrypt.  This is somewhat of an experiment on my part.  I've always had an interest in codes and encryption, so I decided to make an algorithm of my own - making it as robust as I was able.

I am curious to know if the code can be cracked.  I'm not an expert in cryptology, so I'm sure it can be - though I have been unable to think through a process that would take a person (or machine) from 0 to "cracked".  I'd be interested to hear if anyone can make any progress in deciphering how the algotithm on the linked page works, even if it's just some partial solutions or theories on how you think it could be cracked based on what you see.

So I finally bought the retail version of Minecraft.  This game is just about perfect for someone like me.  I discovered the original/classic version some time ago - and enjoyed it thoroughly - but it has been unsupported for years and browser support is spotty at best.  I'd been playing the demo of the current version for a few weeks and really loving it.  It does a good job of doing what a demo is intended to do though: get you just far enough that you just barely see the potential of what an unlimited game would be like.  It sold me anyway.  I really like environment manipulation sandbox Minecraft presents, and the survival aspects are a nice touch of challenge.  As someone who seriously loved his legos growing up, this is a natural extension of that creative playground - with a few more facets and less mess.

postnote: Apparently the 6th is a good day of the month for bloggin'

Well, here we are.  Version 10.  In the last 7 years, there have been 10 iterations of this site, each constituting a complete rebuild and incorporating new things I've learned about web design & development.

As far as design goes, I was going for something cleaner, simpler and more elegant than the previous design (which was a bit more graphic rich and stylized).  In terms of architecture, this is the first version that's actually built on an MVC platform.  The specific framework is one of my own creation, loosely based on CodeIgniter.  I'm really liking it.

This new site has some new features as well.  Commenting ability has been expanded.  (Re)added a site search feature (accessible from the footer).  Games, Galleries and Albums are more official entities.  More images in sections.  General polish has been applied.

The music page has returned with an actual player.  I'm not really happy with most of what's up there as of now, but I figured I'd put it up for good measure.  Or mostly because the previous version of the site had nothing on the music page at all.  I do have plans for future recording - when I have the opportunity to do much with it.

Hey, I have an idea

When your website has about 300 pages, how about lets not actually code the menu 300 separate times - i.e., one for each page. How about lets write the menu code *once* in an external file, then we'll just call that on every page. Huh? Sound good? You know, just in case some poor sap comes in later and has to change something in the menu... ...cause you know, it would total suck to have to go into 300 different html files and change one line in the menu...

I really wish I wasn't continually asked to do inane, mindless tasks. I realize this is unavoidable to a certain extent, but I feel like my skills are being wasted on things I'm reasonably sure our dog Ally could do.

This is not what I do. I don't *like* spending hours changing html text, when I could be developing new web apps and/or modules for our system or even designing new and better ways of doing our job.